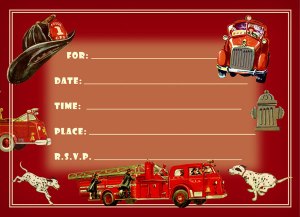 For those of you that caught the conversation about reputation management live last night on Fire Engineering Radio you may be questioning my advice about inviting the critic to the party.  Let me clarify exactly how that works.  (Now if you missed the broadcast, you can catch it HERE!)

Let’s say you woke up this morning with a rant on your organization’s social media site.  Do you delete it? Engage in an online battle? Or just ignore it?  I say, publicly invite the critic to the party!

Respond to the negative comment with an invitation for the critic to come to your organization in person to voice their concerns.  Or ask them publicly to message their contact information so you can follow up with them by phone.  From that point take the conversation offline, DO NOT engage in an online confrontation.

Responding to them in public sends the message to all of your followers that you care enough about your stakeholders to hear their feedback and are acting on the situation. Chances are if you can resolve the concern with the critic, they will become your biggest fan!  Most times people just want their concern to be heard.  Often the complaint stems from misinformation or a misunderstanding.

Here’s an example of inviting the critic to the party:

Critic:  Worst service ever!!  It took fifteen minutes to get an ambulance to my grandmother’s house!!!!

Spending time talking with the critic not only sends the message that you care about customer service, but it also provides you the opportunity to find out where your organization needs to improve.  Be open to hearing what the critic has to say and don’t be afraid to ask how they felt the situation should have been handled differently. Use every conversation as an opportunity to GROW!  Now remember, there is a difference between an online critic voicing a complaint and a cyber troll not seeking resolution to a situation.

Dealing with a cyber troll

Let’s talk about false claims invading the Internet.  The web is full of trolls and your organization may be the unlucky target of one.  All you can do is focus energy on promoting positive relationships.  Engaging in an online battle with those that are not interested in resolution only fuels the fire.  Remember, you have the power to influence Google’s search engine results to ensure a number of positives show up first and the negative is buried.

With both true and false claims it is important to tell your own story.  I can’t stress that enough.  If you don’t tell your story, someone else on the Internet will do it for you.  Get the facts to a situation out there immediately to avoid speculation and rumors.  Share those facts on your website and social media sites.  Many times after people read something about an organization they will hop on over to that group’s website to do some exploration. Be sure you have the facts available to set things straight when they come looking!

Many times critics and trolls are acting off misinformation – rumors, etc.  So the question becomes how do we get the truth out there without a mudslinging fight? Here are some examples of providing answers to diffuse a situation:

A critic or troll writes a popular post about tax dollars paying for volleyball at the volunteer fire department.  The critic’s followers are already voicing their concerns about the waste of money and there not being a reason to support the next levy.

Response to the critic on their site:

Critic’s Name, I could see where you would be concerned.  Please know that the firefighters all pulled together and purchased the volleyball net and ball we have here at the station. No tax dollars were used.  We are very grateful for the taxpayer money that supports the purchase of equipment and training.  We would love to give you a tour and show you how we are using tax dollars to keep the community safe, stop on down!

It has come to our attention that there are some concerns about how the volleyball net at station two was purchased.  All of the volunteer firefighters pitched in to make that purchase, not a single cent of tax dollars or donations were used. We are very grateful for the taxpayer money that supports the purchase of equipment and training.  We would love to give you a tour and show you how we are using your money to keep the community safe, stop on down!  And for those up for a friendly game of volleyball, we get together every Sunday to play, join us!

Are you interested in learning more about reputation management and developing your brand?  Be sure to sign up to receive Monday Morning E-Tips delivered straight to you at NO CHARGE!

It must be Snuggle Saturday! #dogsofinstagram #bassethound
‪You can’t move forward with life’s story without being brave enough to turn the first page on past chapters. #SuccessUpLife #Goals #Life
Don’t undervalue small victories, celebrate every small victory like you won the championship game! Those small victories are the foundation of your future! #SuccessUpLife #Goals #life
My heart is beyond happy! Look at this amazing group of women who came together for the #SuccessUpLife Women, Wisdom & Wine Vision Board event at @liebewein530 winery!! What an amazing afternoon in a great place!
Happy Friday! I am Thinking of a Master Plan for tomorrow’s vision board party at the winery!! I can’t wait!!! 2020 is going to be such a great year for women building up other women, laughter and love!!! #Goals #Dreams #WomenWisdom #SuccessUpLife
I got my fat pinched at work today and the trainer has me on a muscle building plan! Time to rock my 2020 goals!! In my hand is 5 pounds of muscle and 1 pound of fat, the size difference is insane!!! Let’s do this!!!! #fitness #goals #Muscle